Wedding & Party DJs for ALL!

Over 10 years ago Mario Vines hit the scene as a new and ambitious disc jockey, DJ Lyfe. He quickly rose to become a top mobile DJ in the DMV area. Mario traveled the entire east coast performing in clubs, schools, businesses, and numerous wedding and party DJ venues. 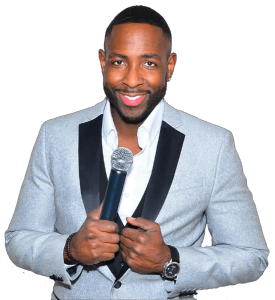 Eventually Mario’s talents were discovered, and he turned to the sea to continue his love of performing. He was hired by Holland America Line (Carnival Corporation) and continued to travel to over 60 countries, performing for a vast array of cultures and musical tastes. Through his hard work he quickly rose through the ranks and became a Cruise Director. On stage with a microphone each night, and organizing an entire department of entertainers primed Mario to come back to the states and create a new DJ company with Wedding and Party DJs for ALL! His philosophy: be dedicated to providing outstanding service and unmatched attentiveness to each event. This DC born entertainer is here with his team of well qualified DJs to show you and your guests the time of your lives at your next event!

Dj Mario & Dj Rio out here killing it on the Blue

Rock Ridge High… you owe us nothing. Legit a p

So can we join TikTok now?

We PARTIED last night. So mad we didn’t have the

Mixing in a little bit of everything makes us happ

Just one of the many highlights from Homecoming 20

You know you have started the party when the staff

That last hour of a #Homecoming is always hit or m

This wedding season is packed with awesome couples

I know we have been slacking on posting. We probab

What an awesome wedding we had @antrim1844! From s

That’s right we pulled off another Epic Pep Rall

Can we just take a second and talk about our newes

Thank you @rockridgehigh for having us for your Pr

People sometimes ask if we can still rock a party

Another Epic Pep Rally is in the books. Thank you

Our first Prom of the season is in the bag. @bw_fa

These past two weeks have been a whirlwind for us.